Today’s readings from Matthew and Luke give the account of Jesus’ death on the cross, the event up to which His entire ministry had been leading. Crucifixion was the most painful and barbaric form of capital punishment in ancient times. The Romans at first used it only for slaves, then later, for enemies of the state, and by the first century, as a deterrent for criminal activity. Jesus was none of these. However, His sacrificial death was always God’s plan. Jesus’ crucifixion produced different responses from those who saw it. One of the two criminals crucified alongside Jesus insulted Him, while the other asked for His forgiveness. The religious leaders and soldiers mocked Him. A centurion confessed Jesus’ righteous nature. Among the Gospel writers, only Luke reported Jesus’ prayer of forgiveness on the cross. Forgiveness is a key tenet of the message Jesus would instruct His followers to proclaim in His name to all nations following His resurrection. Jesus’ death proved His ministry of reconciliation, hope, and healing to be the truth.

How does the reminder of Jesus’ sacrifice affect your commitment to serve Him today? 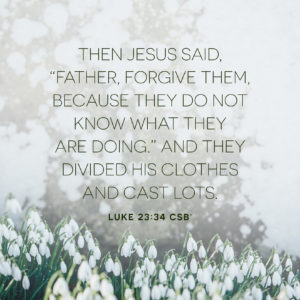 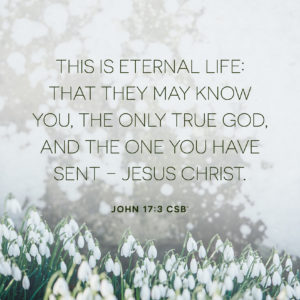