The Importance of Disciple Making

To be a disciple maker is to be a trainer of other people. Robert E. Coleman, in his book The Master Plan of Evangelism, writes:

When it is all boiled down, those of us who are seeking
to train people must be prepared to have them follow
us, even as we follow Christ. … We are the exhibit.1

Not only must we be actively engaged in disciple making for our own training, but we must also use the practice of disciple making as the very training grounds we use to raise up more disciples.

One of the saddest, most disturbing statistics I’ve ever read is that 95 percent of evangelical believers never intend to share their faith. Talking about fishing and planning for fishing are much easier than actually fishing. Making disciples is a spiritual discipline. It doesn’t occur through osmosis or philosophy; it occurs while we’re actively pursuing it. 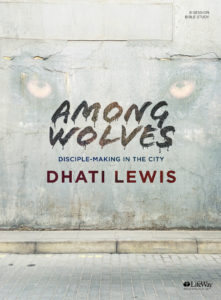 In Matthew 14:13-21, Jesus called His disciples to feed the large crowd, but they replied, “We have only five loaves here and two fish” (v. 17). Jesus then took the loaves and fish, blessed them, and fed the crowd. The emphasis wasn’t on the size of the crowd. The people had no idea that Jesus didn’t have food to feed them. The focus in the passage was on the disciples’ witnessing a miracle, being trained for mission as they served alongside their leader.

While we’re laboring in service and prayer, Jesus also wants us to feed the crowd. We’re tempted to complain about lacking the resources we need, but God wants us to bring to Him the resources we have. He will take our lack, bless it, and multiply its impact. If you’re experiencing the abundant life Jesus promises to give us (see John 10:10), you’re probably engaging in all three of the following indicators of health.

The problem is that many of us think we can experience the first two, neglect the third, and still have an abundant life. But we weren’t created to be two-thirds Christian. We were created to experience life to the full.