As Jesus interacted with people, He used specific situations and phrases that caused them to realize that He was the Messiah. Once they made that connection, it changed their lives.

In Luke 19 we read that Zacchaeus was a hated tax collector. Whenever the Bible mentions tax collectors, it’s always in the context of sinners—and for good reason. First-century Palestine was under the governmental control of the Romans, who frequently imposed harsh taxes on the citizens under its control and employed people from those regions to collect the taxes. The Jewish people saw men like Zacchaeus as traitors of Israel because they worked for the rulers who oppressed them. 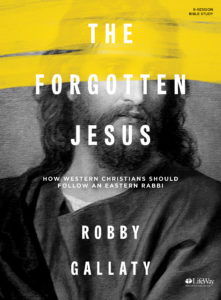 Nevertheless, Jesus invited Himself into Zacchaeus’s home. Luke 19 shows us two different reactions to what Jesus did: “He [Zacchaeus] quickly came down and welcomed him joyfully. All who saw it began to complain, ‘He’s gone to stay with a sinful man’ ” (vv. 6-7).

This wasn’t the first time, nor would it be the last, when Jesus associated with sinful people. In Matthew 11:19 Jesus is called “a friend of tax collectors and sinners.” He wasn’t afraid to be known for keeping company with heathens and turncoats, because it was heathens and turncoats He came to save.

After dinner Zacchaeus stood and said to Jesus in the presence of the people gathered, “Look, I’ll give half of my possessions to the poor, Lord. And if I have extorted anything from anyone, I’ll pay back four times as much” (Luke 19:8). What happened? Zacchaeus’s life completely changed in the scope of two verses, and his language reveals that change. First, notice that he referred to Jesus as Lord, a term of great honor and submission that Jesus’ own disciples used to refer to Him.

Second, notice that Jesus declared, “Today salvation has come to this house … because he too is a son of Abraham” (v. 9). In saying this, Jesus was playing on the connection between His own name and the word salvation. Jesus’ name in Hebrew, Yeshua, means “salvation.”

Some critics say if Jesus wanted us to know He was God, He should have come out and said so. In reality, Jesus said it all the time—but as a Jewish rabbi. In verse 10 Jesus said, “The Son of Man has come to seek and to save the lost.” In the Jewish culture the term Son of man was a euphemism for the Messiah. This name comes from Daniel 7:13, in which the author wrote that he saw “one like a son of man” coming from heaven in a vision. When Jesus connected that title with seeking and saving the lost, he did something extraordinary. He made a specific connection to a prophecy every Jew would have recognized.

Jesus was using a subtle, sophisticated, and distinctively Jewish way to make a bold claim: that He was the promised Messiah and the saving God. He was claiming to be one with God, essentially saying, “I’m the one Daniel prophesied about in Daniel 7. I’m here to seek and save the lost, and I’m starting with Zacchaeus.”