On this episode of Group Answers, Brian and Chris sit down with Pastor Jonathan Pitts.

Jonathan Pitts is an author, speaker, and executive pastor at Church of the City in Franklin, TN. Prior to pastoring, Jonathan was executive director at The Urban Alternative, the national ministry of Dr. Tony Evans in Dallas, Texas. Jonathan lives in Franklin, Tennessee with his four daughters.

Church of the City

For more than 25 years, Portable Church® has helped thousands of churches launch strong and thrive in a mobile setting. They design custom solutions that fit each budget, vision, and venue. Everything you need to launch a mobile church — an inviting worship space, kids ministry areas, welcome spaces, storage cases, etc — all in a system refined to make it fast, easy & fun for the weekly volunteer teams.

The Group Answers Podcast is a weekly show designed to resource, train, and encourage small group leaders. Each episode considers current trends and resources as well as timeless truths and methods of discipleship. It is hosted by Brian Daniel, a Bible study and discipleship expert in LifeWay’s Groups Ministry, and Chris Surratt, the small group and discipleship specialist at LifeWay and author of Leading Small Groups.

On April 29th, the documentary film Kingdom Men Rising will hit theaters nationwide for a two night event with a message that our culture desperately needs right now. As the second theatrical release from LifeWay Films, Kingdom Men Rising offers a reorientation of masculinity – what it should be rather than how society has defined it. This theatrical release co-created with Tony Evans Films looks forward to a future for manhood, and I would hope a reboot of our understanding of how men can contribute to the world that we live in.

Early in Kingdom Men Rising Dr. Tony Evans clearly points out how culture has stripped men of their divine responsibility to be the Godly leader of the family. He says, “… men have made it easy for that to be stripped from them by how men have dishonored women, abused women … So we have facilitated it, but that means it’s time for change. The vision is to cause men to rise up. God asked Adam, ‘Adam, where are you?’ He didn’t ask, ‘Adam and Eve, where are y’all?’ He asked Adam, ‘Where are you?’ Unless the manhood issue gets straight, the culture can’t be saved because of God’s covenantal order. So it’s not only a manhood issue and it’s not only a family issue, it’s a cultural issue.

Each of the men featured in Kingdom Men Rising have had their trials and missteps and they bring it all into the conversation. Historically, I think a man has had a fairly clear understanding of his role. Yet over the course of the last few decades that understanding has dwindled. When you start letting culture define things like masculinity — which God created for good — that’s where the problem begin to emerge.

Kingdom Men Rising hones in on the importance of discipleship. It is vital that men have accountability and live alongside other Christian men to become who God called them to be. This film is the perfect opportunity to reignite a flame for men’s ministries to become a vital part of raising up men of God.

We need to challenged to lead lives of no more sitting on the sidelines, no more passivity, and no more excuses. Kingdom Men Rising is a film for everyone, believers and unbelievers alike, and all who see it will be encouraged and challenged. For more information, visit KingdomMenRising.com 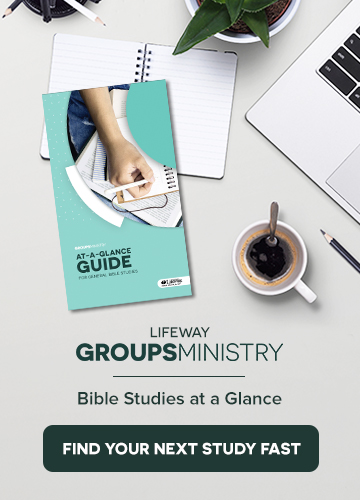